Congratulate Aitchison College on being crowned the victors of PSIFI IX.

Lums PSIFI, which is recognised as the most prestigious Science Olympiad in all of Pakistan, was held from the 13th to the 16th of January, 2018. Aitchison College Science Society (ACSS) sent a delegation to this prestigious event.

Our delegation successfully struck the record of winning the best delegation for the 3rd time in 4 years. Teamwork, one of the fundamental principles taught in Aitchison, was brilliantly exhibited by the delegation as it won laurels in various events all across the spectrum. Clinching 5 events and finishing as runners up in two events as well, the teams comprised of students from C1 all the way to H2. Some of the events in which the Aitchisonians were unvanquished were Tech Wars, Geek Wars, Maths Maze, VinedUp, TH!NK and Science Crime Busters.

In Tech Wars, the students were required to show their efficiency in programmes like Kerbel Space Programme, Scratch and Photoshop while in Science Crime Busters, the students had to put their deductive skills to test as they were presented with a mind-boggling mystery. Despite the difficulty of these events, with university teams like FAST also competing, our delegation was able to overcome all these obstacles and was declared the overall best delegation at the event. 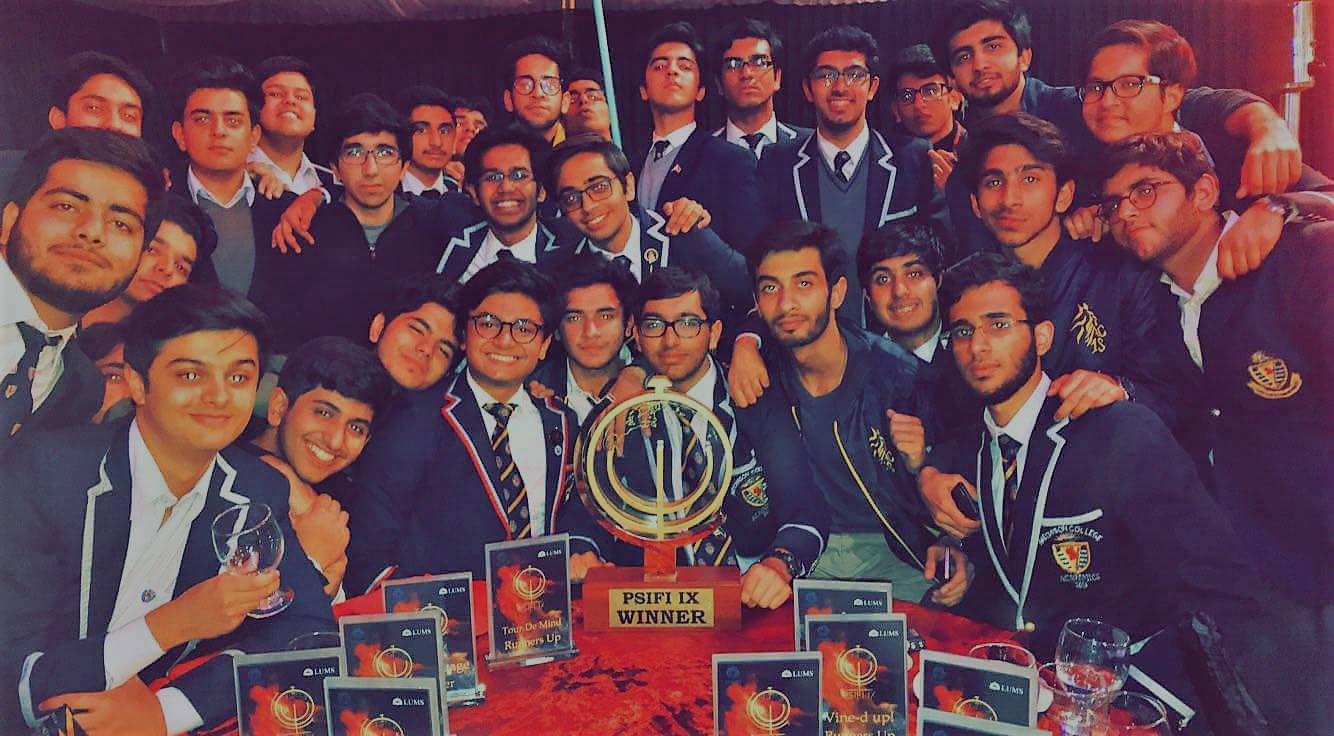